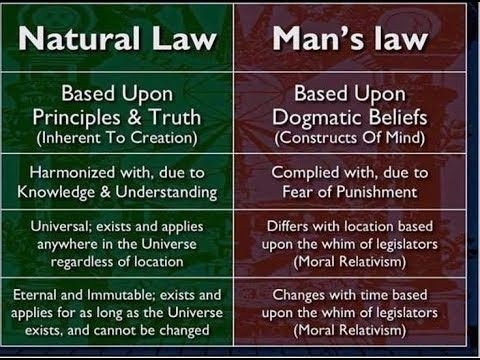 Question: What sucks about being a conservative?

Answer: The first frustration comes when liberals keep claiming that you are from a different planet, that you will never understand liberals, when in fact most – if not all – conservatives start as liberals when young. And then they gradually become conservatives when they realize that liberal “values”, liberal ideology is based on unfounded illusions – completely misunderstanding, misjudging inherent Human nature – and that following those illusions leads to dogma and subsequent destruction.

The next frustration comes when a conservative realizes that even “staying conservative” is not enough, but one has to become “ultra-orthodox”.

Of course I don’t mean it in a religious sense, I mean it scientifically.

When one starts researching Nature’s all-encompassing, living system and starts understanding its “iron laws”, very precise, unchanging cause and effect processes, the person realizes that there is no place for any doubts, questions, Human interpretations, Human induced changes, “improvements” in a system that is 100% fixed, predetermined.

We are not here to second guess, change, interpret anything. We are here to become objective, transparent, expert observers of the system, so we can fully attain, comprehend its operation, fully justifying each and every detail and the complete evolutionary plan.