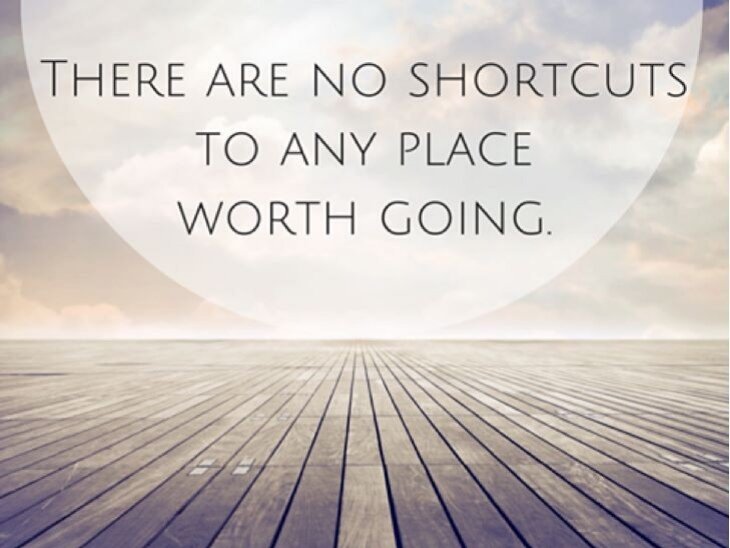 Question: When is it impossible for someone to create shortcuts in life?

Answer: IT IS impossible to create shortcuts in life. As long as we believe in our proud individuality, personal freedom of choice, believing that our illusory Human bubble is real, we try cheating, try finding shortcuts.

Today through the deepening and unsolvable global crisis – that engulfs all levels of Human activity – we started to learn that all our ideologies, structures “solutions” are unreal, and thus they have no right to exist. So far we were given a time to learn about different approaches in life, like children given some time before they are considered responsible adults facing sharp reward and punishment.

From now on evolution considers Humanity grown up, and we are given only one choice: do we learn what the true laws, principles of the vast natural system we live in are in order to adapt to them, or we allow evolution’s relentless steamroller to keep pushing striking us through crisis, suffering until we yield like meat softened by salt?

There are no shortcuts in a closed, fully predetermined and “lawful” Natural system governed by “iron laws” and an intelligent, precise plan of evolution. Human beings are given the chance and capability to research and find this out for themselves so we can upgrade ourselves and adapt to the system by our own choice, willingly. By that we become the system’s rightful partners, “guardians”.

Or we could say we have one shortcut: adapting into nature’s system through the right education, “hastening” our development, instead of waiting for suffering to mould us “in its time”…